Okanogan County was founded in 2009 as the State Master Charter and is led from the from the front by:
OKCO Vice President CHOPS
Sergeant at Arms RIGHT WING
Secretary / Treasurer FNG
Senior Ride Captain JIGGS
Ride Captain PINBACK

Greetings! My name is Justin “HUBBS” Hubbard and I am a 2009 Original and Co-Founder of the Samaritan Riders. 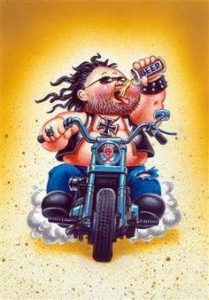 Our focus is on the quality membership, not on the quantity membership. Our mission is simple – Ride and raise monies for kids! Any questions, comments, concerns or issues regarding the content of this blog – Tell me about it at: SROWA-President@SamaritanRiders.org

3 thoughts on “A message from the State President”